Prior to joining DeSisto Law, Rebecca Tedford Partington served more than 30 years in the Rhode Island Office of the Attorney General, most recently as the Deputy Chief and Chief of the Civil Division.  Rebecca’s career with the Attorney General was two-fold.  Until 1996, she maintained an active caseload, representing the State of Rhode Island, its officers, employees and agencies in state and federal courts.  After being named an Assistant Attorney General and Chief of the Civil Division, Rebecca took on more responsibility, managing appeals in the Civil Division and serving as the civil amicus liaison with the National Association of Attorneys General.  After becoming Chief of the Civil Division in 2016, Rebecca was tasked with oversight of all Civil Division staff, more than 2,000 government litigation cases, and managerial and oversight responsibility of other areas of the Civil Division, including the Environmental, Public Utilities, Open Government, Insurance and Consumer units as well as the Health Care and Civil Rights Advocates.  In that role, Rebecca oversaw the trial, settlement and mediation of all government litigation cases and supervised such diverse tasks as annual insurance rate hearings, utilities rate hearings, complex hospital conversions, open government opinions and consumer disputes.

Rebecca’s representative litigation includes actions challenging the constitutionality of laws passed by the General Assembly, both as Plaintiff and Defendant; claims under Rhode Island’s employment discrimination and civil rights laws, including the only trial to date under Rhode Island’s Uniformed Services Employment and Reemployment Rights Act (“USERRA”), and claims brought for serious injury and death under applicable federal and state law.  While at the Office of Attorney General,  Rebecca was counsel of record in large scale cases challenging changes to the State’s pension system, seeking damages for MtBE pollution, against opiod manufacturers and the landmark climate change case against petroleum companies.  Rebecca also assisted in managing and bringing to conclusion a Department of Justice investigation into the hiring practices of Correctional Officers.

Some of her representative cases include:

Currently, Rebecca focuses her practice on the defense of civil rights actions against law enforcement officers and other governmental employees, defense of employment discrimination actions, defense of all other constitutionally based claims and general tort defense. 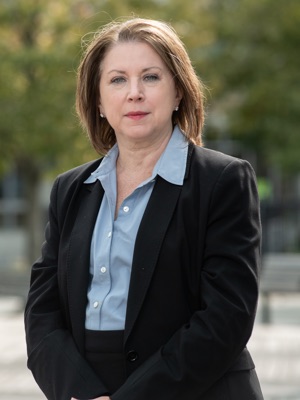