Michael A. DeSisto was admitted to the Rhode Island Bar in 1980.  For the first 15 years of his practice, he was engaged in the general practice of law with a concentration in real estate matters.  For the last 25 years, Michael has focused his practice on civil litigation at both the trial and appellate levels.  He has tried in excess of 50 cases in both the federal and state courts and has many reported decisions in the Rhode Island Supreme Court, the United States District Court for the District of Rhode Island and the United States Court of Appeals for the First Circuit.  In addition, Michael has successfully resolved disputes for his clients through mediation.

Michael’s primary practice areas include defense of municipalities and their elected and appointed officials and employees; all aspects of employment law defense, including claims of workplace age, sex, race and other discrimination; land use litigation involving claims of constitutional violations such as procedural and substantive due process, equal protection, and takings; and police misconduct.

Some of his representative cases include:

Successfully obtained a jury verdict in favor of a municipality and its human resources director in a claim of racial discrimination filed by two employees.

Successfully represented a municipality and its personnel director in a failure to hire claim alleging age discrimination under the Rhode Island Fair Employment Practices Act and the Rhode Island Civil Rights Act.  Summary judgment was granted by the trial court and affirmed by the Rhode Island Supreme Court.

Successfully obtained a jury verdict in favor of emergency rescue workers against a claim of gross negligence for their decision not to transport an injured party to a hospital.  The jury verdict was upheld on appeal. 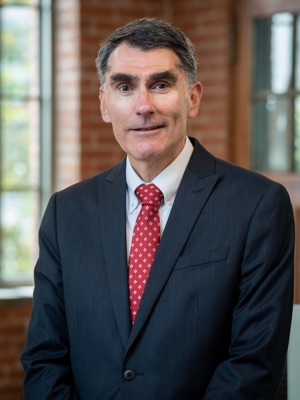