Kathleen Daniels has been an associate of DeSisto Law since 1994.  Immediately after law school, Kathleen served a year as a law clerk for all divisions of the R.I. Court system including Superior, District and traffic court tribunals before becoming law clerk for Supreme Court Justice Victoria Lederberg.

In her 26 years as an associate with DeSisto Law, Kathleen has worked on all aspects of the litigation matters defended by the firm. Kathleen’s primary focus has been on offering legal research and writing at both the trial and appellate levels for virtually all cases defended by the office.  She has briefed and argued numerous cases in both the federal and state courts and has far in excess of 50 reported decisions in the Rhode Island Supreme Court, the United States District Court for the District of Rhode Island and the United States Court of Appeals for the First Circuit, and has successfully defended Petitions for Writ of Certiorari before the U.S. Supreme Court.

Primary practice areas include all aspects of employment law, including contract disputes as well as workplace age, sex, race and other discrimination claims; general state tort claims; and land use litigation involving claims of trespass, nuisance, adverse possession and prescriptive easement as well as claims of constitutional violations stemming from the land use.

She has defended municipalities and their elected and appointed officials and employees from all forms of constitutional claims including First Amendment, due process, equal protection, Fourth Amendment search and seizure, disability discrimination and police excessive force. In addition to being involved in the defense of large-scale cases such as the Station Nightclub fire litigation and challenges to municipal pension reform, Kathleen also has experience defending municipalities in RICO and HUD disputes. 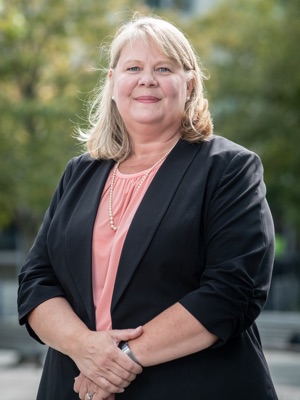