Patrick Burns joined DeSisto Law as a law clerk in 2017 and became an attorney with the firm two years later.  Since then, he has appeared in cases before Rhode Island’s state and federal courts, as well as the U.S. Court of Appeals for the First Circuit.  Patrick focuses his practice on defending municipalities from claims of employment discrimination, civil rights violations and general tort claims.

While in law school, he served as an intern for Associate Justice William P. Robinson III of the Supreme Court of Rhode Island.  He was also a member of the Roger Williams University Law Review, serving as a staff member from 2017-18 and as an Articles Editor from 2018-19.  He received three CALI distinctions for professional legal writing. 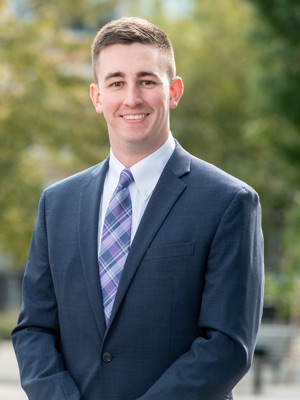